IS IT RIGHT TO OBTAIN A FOREIGN LOAN OF $ 2.5 BILLION FOR PETROLEUM? 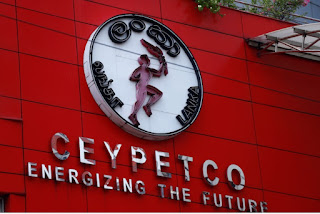 Sri Lanka’s cost of crude oil and refined products imports in 2021 is projected to be $2.5 billion, roughly benchmarking a barrel of crude oil at $59, according to Ceylon Petroleum Corporation (CPC).

In 2019, Sri Lanka spent $2.7 billion on petroleum. The prices in the local markets are higher than in the world market.

CPC has an employee cadre of over 2,700 in 2018, according to the year’s annual report. CPC supplies 1,278 fuel stations islandwide while the other player in the market Lanka Indian Oil Corporation (LIOC) supplies 202 fuel stations.

Importing crude oil or refined products, refining crude old and selling in a dominant market with only one competitor whose growth is restricted is not a very complicated business. The retail prices are always higher compared to the crude oil prices in the world market.

Chairman of Advocata Institute Murtaza Jafferjee pointed out that “Even after the price hike, diesel is sold at a loss of four rupees per litre, while petrol is sold at a profit of Rs 12. If we operate at current price levels there would be a loss of LKR 26.7 billion per year on diesel and a profit of LKR 7.2 billion on petrol. The profit on petrol will not offset the loss on diesel.” (Source: Ceylon Today)

At present, CPC has to pay around $ 3.3 billion to the Bank of Ceylon and the People’s Bank.

This week, the cabinet granted approval to obtain a loan of US $ 2.5 billion from the US-based financial institution ‘Concept Global’ to settle a part of this loan. The loan is obtained at an annual interest rate of 3 per cent. The loan has a grace period of 2 years and the repayment period is 12 years.

The loss incurred by CPC is a public burden and the entire nation has to pay for it, although much of the petroleum is consumed by the rich, not the poor.

Obtaining the massive US $ 2.5 billion foreign loan for CPC is like pumping petrol to one’s car with borrowed money that you have no way to pay back. Unfortunately, much of the benefits of these loans go to the rich while the poor have to shoulder the debt burden equally.

Popular posts from this blog 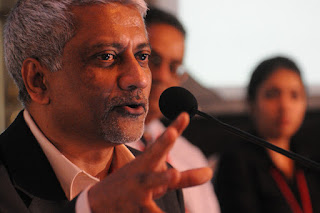 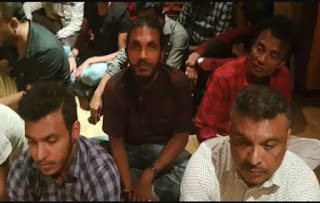 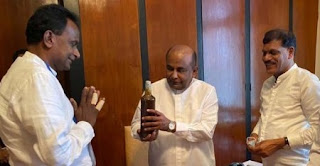